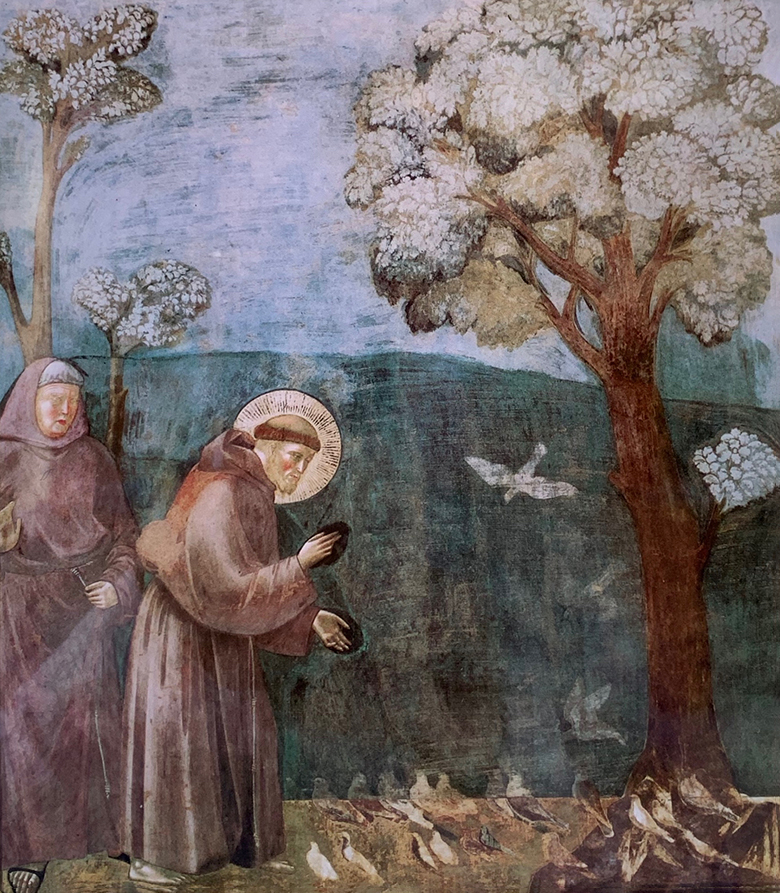 The Miracle of the Swallows

The name originates from a miracle which happened nearby, concerning the amazing obedience shown to Francis of Assisi by a multitude of swallows.

The humble friar, unsure whether to devote himself to prayer or to go out into the world to preach, sought advice from St Clare and St Sylvester, his devoted spiritual companions, so that God would show him His will through their ardent prayers.

So says the “Little Flowers of St Francis” 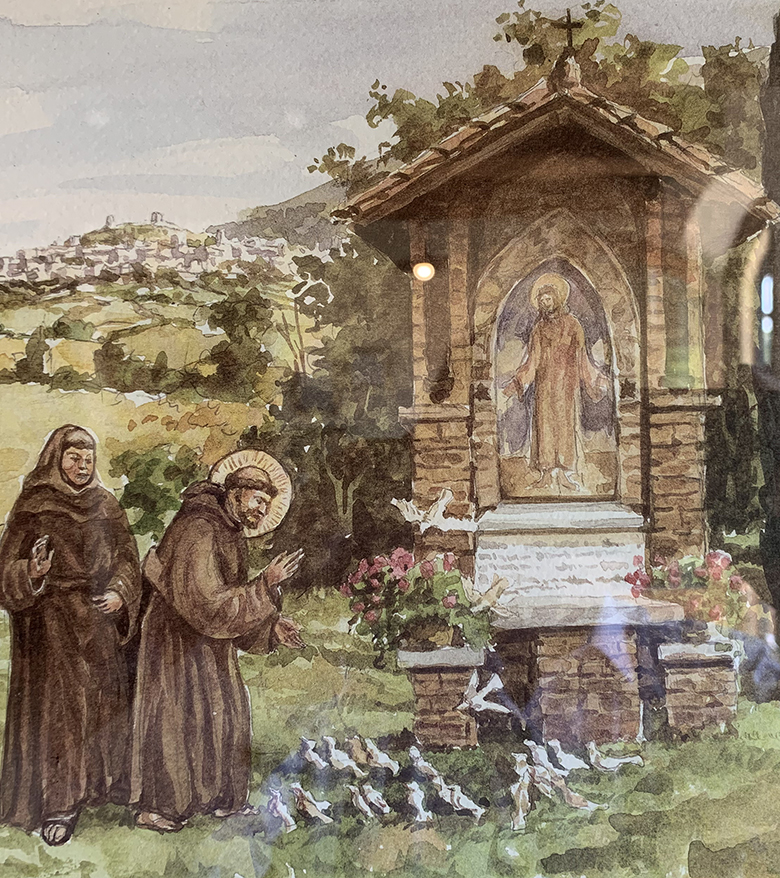 "... When Francis had the response of Christ's will, that he would go out into the world to preach, he rose, saying to his companions Brother Masseo and Brother Agnolo, holy men: ‘In the name of God we go’.

And going with great fervour of the Holy Spirit, without considering the way or path, they came to a castle called Cannario, where St Francis set about preaching; but there was a great multitude of swallows which, because of the noise they made, prevented his sermon being heard.

To which Francis said: ‘Sisters my swallows! Stop your singing, so that I may announce the word of God’. Great miracle! Immediately after the commandment was made, they became silent and caused no more trouble while St Francis preached.

So he preached with such fervour that all the men and women of the castle also wanted to follow him. But St Francis told them, ‘Do not rush and do not leave, but when I return I will order what you must do for the good of your souls’. And then he thought to give the third order for the universal health of all..."

Check our availability and our offers